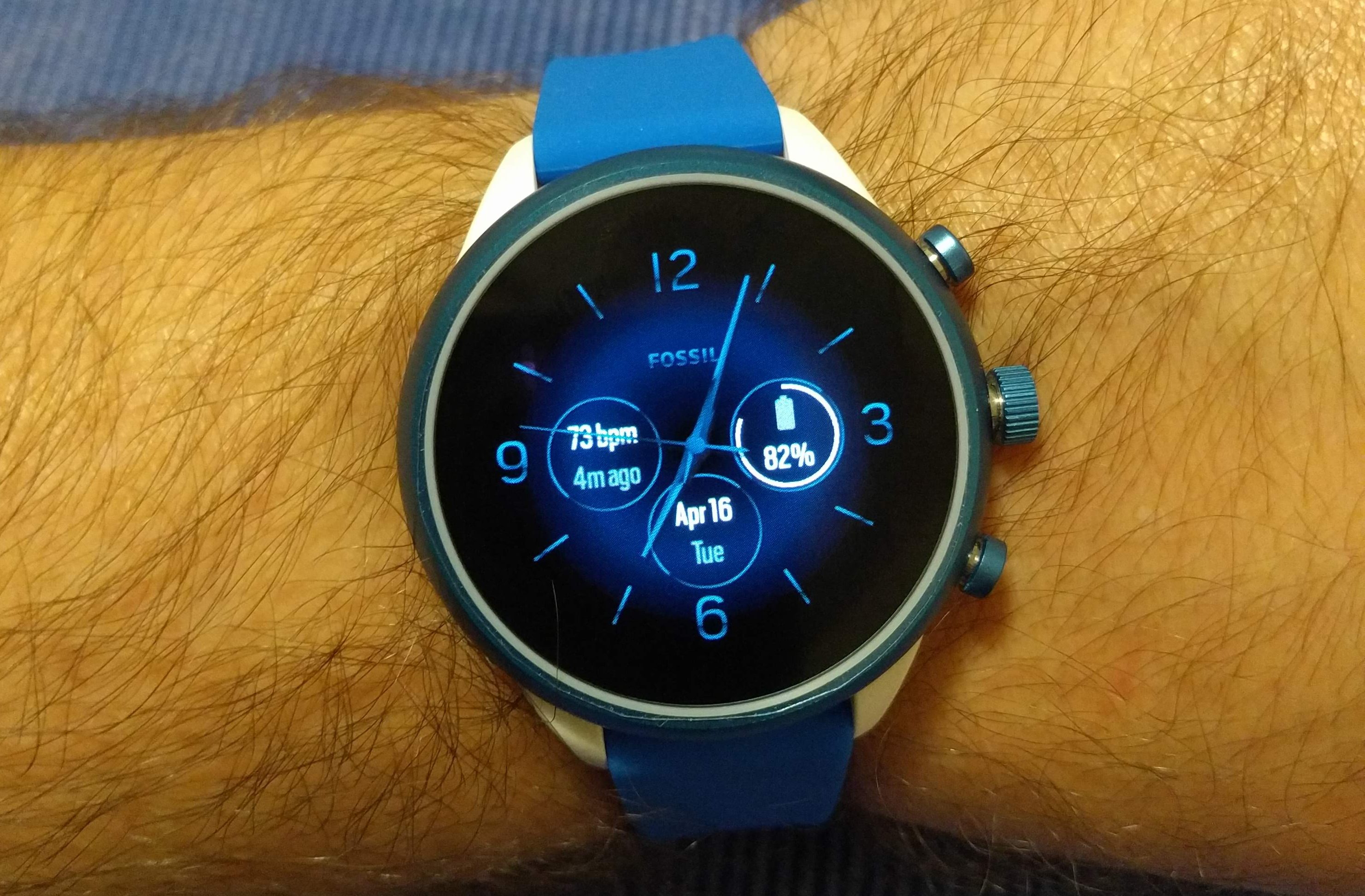 TLDR: With one setting change from factory default you can dramatically increase battery life. Switch off “Tilt to wake screen” and you can expect an extra day worth of battery life.

This year, for my birthday, I chose the Fossil Sport to be my first ever Smartwatch. I chose it because it was powered by Wear OS and because of the new Qualcomm 3100 chip. I had read that Wear OS is struggling against its competitors but I wanted a Google watch and thought that there was a good chance that Google is about to make a push. I figured choosing the 3100 would give me the best chance for updates.

Based on my cursory research, my expectations for the Sport were:

The last I can confirm. In the past I have favoured watches with metal bands because of the unbalanced feel of plastic and leather bands. It always felt like the body of the watch was flopping around. The Sport is so light that it barely moves on my wrist even when loosely fastened.

As for the battery life, my first impressions were a little worse than my expectations. I turned on Google Pay and background heart rate and did not switch off Location; unfortunately my watch would reach “battery saver” by the evening. Not so good if you plan on going out at night. Back to default settings and the battery life was a little better, 16% left at the end of the day.

I tried turning off the “Always-on screen”. It seemed like a no-brainer, using “Tilt to wake screen” it only activates the screen when I want to look at the time, it should save heaps of battery… wrong. I saw no improvement in battery life. The only affect it did have was to demonstrate the lag problem.

Most times a quick glance at my watch would wake it and show me the time (and other selected data) but there were times that it would either take a second or two to wake or would not wake at all and I found myself dropping my arm and lifting it again in an exaggerated motion. Another problem with “Tilt to wake screen” is that you cannot check your watch when lying down, the accelerometer can’t figure out the gesture when your entire body has been rotated 90 degrees.

Immediately, checking the time became flawless, it truly was a watch once more! Joking aside, I could now check the time in any position and if required I could still manually switch the screen off with a couple of taps. To wake the watch I either click the crown or tap the screen, again mostly it wakes immediately but sometimes there is some lag.

Notifications will still wake the watch and if you miss the notification an indicator on the “Always-on screen” shows that you have unread notifications. It is hard to know if there is any delay or lag in displaying notifications because you only respond to them once they arrive. The caller ID notification is different, you notice the lag because you can hear your phone is ringing. The lag can sometimes be so bad that it is quicker to take out your phone than to wait for the ID to display on the watch. It may be that the delay/lag is due to the watch having to wake from the “Watch idle” state. However it is this idle state that I believe is responsible for the additional battery life.

The first day that I disabled “Tilt to wake screen” it seemed like the battery indicator had frozen. Every time I checked the watch battery status from my phone it said that I had a day left. Finally at 11pm before I went to bed it said I had “56% – approx. 18 hours left”.

The next morning at 7am, 8 hours later, I still had 13 hours left!! Finally at about 10:30am it had re-corrected (for me being awake and using the watch) and showed 8 hours left but at only 24% it was time for me to place it back on charge. Final estimation suggested approx. 33 hours on one charge when previously I was lucky to get 12 hours before “battery saver” kicked in.

My only explanation for the dramatic increase in battery life is that the watch is staying in “idle” mode for longer without the constant waking with tilt. You will notice in the battery graphs above all of them have “Watch idle” at the top of the list. In the first graph, the one using “Tilt to wake screen”, the second item is “Screen”. All of the graphs not using “Tilt to wake screen” have “Bluetooth” in second place with “Screen” in third.

One thing I remember reading about the Qualcomm 3100 chip was that it has a very efficient idle mode; this would seem to align with my findings. If only they could figure out how to balance the battery saving force of the idle mode with some quicker response time.

To conclude, I am a fan of the Fossil Sport. While 1.5 days of battery it is still closer to a phone than a conventional watch the extended capacity is handy if you are away overnight or if you are interested in tracking your sleep. I still charge my watch once a day but by rarely allowing the battery to fall below 50%, it should extend its life overall.