The kindergarten that my daughter attended was doing some sustainability activities and also some electric circuit activities. I offered to put the two activities together and build them a solar circuit. It ended up being a lot more involved than I thought. After a brief trip to Jaycar I found that the only solar panels … END_OF_DOCUMENT_TOKEN_TO_BE_REPLACED 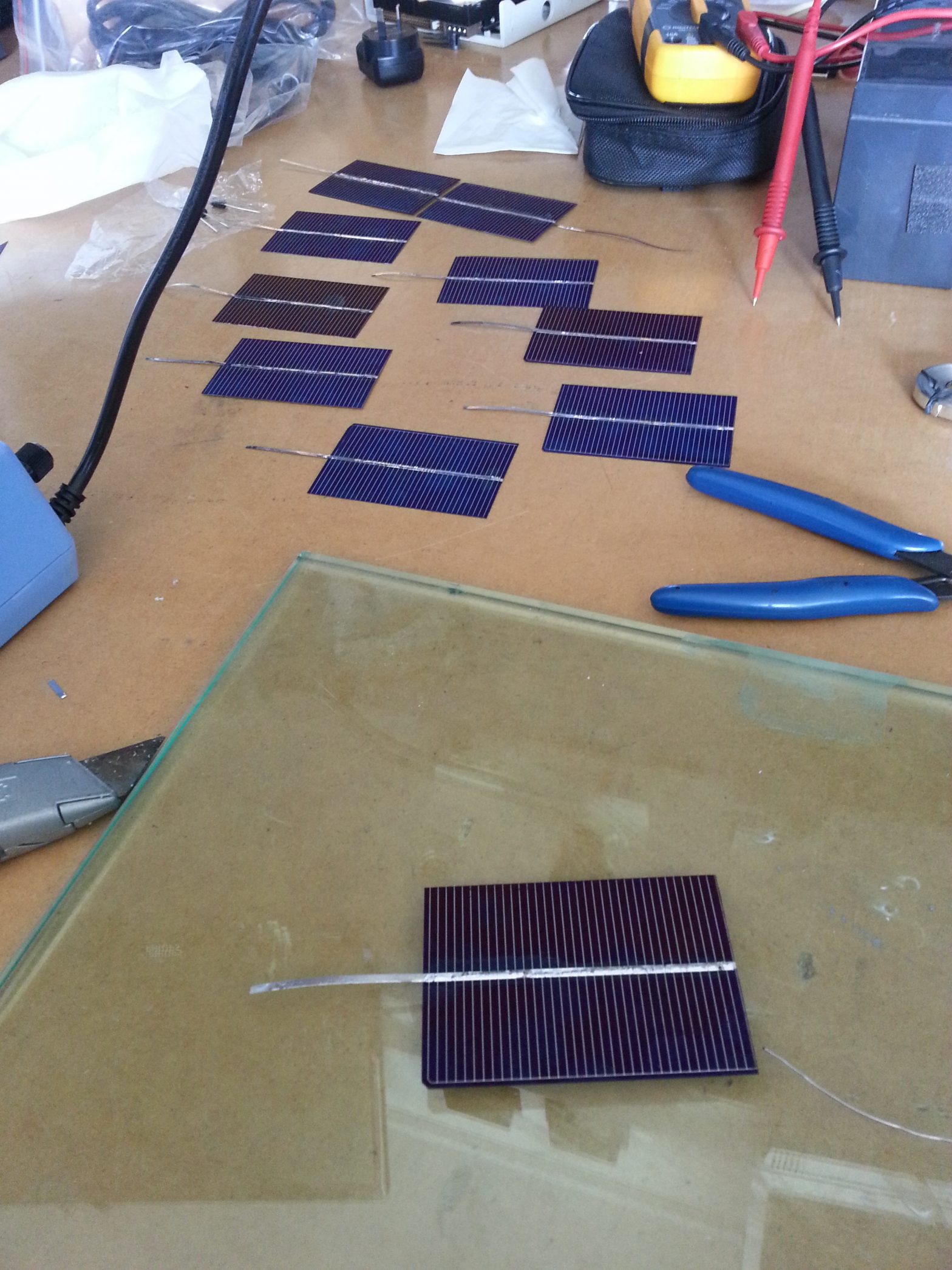 The kindergarten that my daughter attended was doing some sustainability activities and also some electric circuit activities. I offered to put the two activities together and build them a solar circuit. It ended up being a lot more involved than I thought.

After a brief trip to Jaycar I found that the only solar panels on offer were tiny 1.5V panels in an electronics kit (that could only power a small plastic propeller) or massive 12V panels to power your home. That lead me to eBay where I still couldn’t find a panel big enough to power more that a small plastic propeller and small enough for a preschool kid to handle. What I did find was a lot of cheap solar “cells”.

Solar cells are small, fragile, pieces of silicon that can be linked together to create solar panels. You can purchase heaps of these on the internet for roughly 50c a cell. The produce about 0.5V and up to almost 5A at peak sunlight so a 12V panel has at least 24 cells in series and multiples of 24 cells in parallel for higher current (in reality more like multiples of 36 to get enough voltage to charge a battery).

The cells you can buy on eBay are essentially rejects. They are cells rejected from the production of solar panels. The electrical contacts might not look quite right, they might have small cracks or irregular edges but they will still generate electricity. The tricky part is linking them together or “tabbing”.

The most efficient method of tabbing the cells is to first connect tabbing wire to all the cells and then link them together in to strings of cells. Using a flux pen you coat the electrical contact with flux to help the solder flow; place a tinned tabbing wire across the contact and run your soldering iron from one edge to the other. Sounds simple but the temperature of the iron needs to be just right, the pressure on the cell needs to be light enough not to break the cell but firm enough to get the heat into the tabbing wire to make the connection.

Once all the cells have been tabbed you flip them over and connect them together, once again, trying not to break them. This is now more of a challenge given that they can no longer sit flat due to the tabbing wire. I linked 10 cells together to produce 5-6V at up to 5A. Now I had a fragile string of 10 solar cells… not an ideal configuration for a bunch of kinder kids.

To protect your solar cells they need to be mounted on something hard that won’t expand and contract too much in the heat; timber is the cheap and easy choice. I put a blob of silicon on back of each cell and gently pressed them down on to the timber. I used electrical tape to secure the buss tabbing wire and fed the loose ends of the tabbing through to the back of the board.

I then needed something clear to protect the top of the cells, perspex was a better option than glass for the kiddies. I screwed down the perspex onto washers to prevent it crushing the cells. The panel was complete, now to connect it to something.

Using some zener diodes, LEDs and a small electric motor out of a toy car I created a circuit that would first switch on a red LED, then a orange, then a green and then start spinning the motor. My daughter and I made a colour wheel to fit to the motor and a cardboard tree on a stick to shade the panel. Indoor lighting is enough to illuminate the red LED. Partial shade outdoors will illuminate the orange. Full sun will illuminate the green and start the motor. Shading the panel with the “tree on a stick” can slow/stop the motor and extinguish an LED or two.

The kids had fun with it but the LEDs I used were clear and a bit had to see in the sun. If I was to create a second version I might instead just have some output terminals and let the kids build their own circuits. Perhaps some interlocking blocks with switches, buzzers, lights, fans etc. Another modification/improvement might be some folding legs to tip the panel towards the sun.

It was a fun project and I learnt some new skills but it was definitely more complex than I had planned.